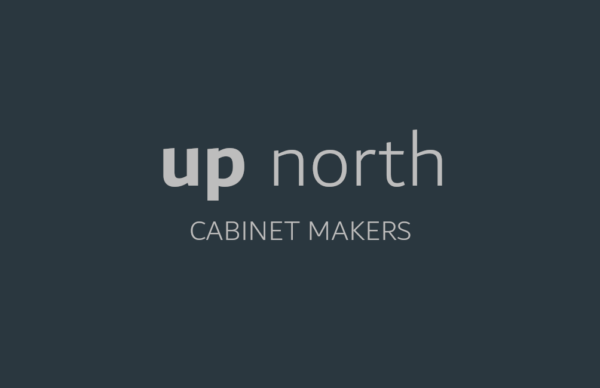 What is your current role?

I am an apprentice Bench Joiner at Up North Cabinet Makers in Sheffield and will graduate from my apprenticeship later this month (February 2022).

What does that involve, look like on a daily basis?

At the beginning of my apprenticeship, as I was just beginning to learn, it was a lot of making tea, learning to use tools correctly and clearing up. Now that I’m towards the end of my apprenticeship I am doing a lot more of the actual manufacturing. I work with the other joiners, and independently, to make all sorts of bespoke furniture and kitchens. As well as continuing to make a lot of tea of course!

How did you get started working in STEM?

I wanted to get an apprenticeship straight after my GCSEs, although at the time I wanted to get into horticulture. I had top grades, almost entirely 8s and 9s (equivalent to an A*) so careers advice at 16 for high achievers was in large groups and consisted of asking which sixth form and university we were going to. When I suggested looking for an apprenticeship, the careers advisor laughed and asked what I was really doing. Without support I didn’t find any viable opportunities, but I knew that traditional academic education wasn’t for me. So, I ended up getting a scholarship to an international boarding school (UWC Atlantic College) which focuses on diversity, inclusivity and promoting intercultural understanding. There I studied the International Baccalaureate, doing 6 subjects and a variety of Creative, Active and Social activities. Although much better than a traditional sixth form, it still wasn’t what I was looking for and so I left after my first year and started to look for an apprenticeship. I didn’t have any contacts in trades and was a little older than the traditional starting age, so I found it very difficult to find anyone to employ me. In the end I sent out a mass email with my CV to every joinery workshop in Sheffield (where I live). I got no responses and no progress through any other avenues, so I decided to think about other options. I went on holiday in Italy, fell in love with the country and moved there two weeks later to be an au pair. I returned to England in February 2020, after 5 months in Italy, aged 18. I volunteered on farms and in a local woodland and then joined a Building Blocks course, aimed at giving basic labouring training and studying for a CSCS card, to enable me to work on building sites. While finishing this course the first lockdown struck. With the loosening of restrictions in June, I took the exam, got my CSCS card and shortly after got a reply from one of the companies I had emailed almost a year before, asking me to come for an interview. I started an apprenticeship at a bespoke kitchen company in July 2020.

What Qualifications did you take or gain along the way?

I’m just about to finish my Level 2 Bench Joinery qualification, I have a CSCS card, and I have also done various bits of facilitation and leadership training (through my religion; Quakerism) and language qualifications including a HSK2 in Mandarin Chinese and B2 in Italian. I’m also currently in my second year of an Open Degree with the Open University and I’m focusing this on Economics and Design.

Why do you love working in STEM?

I love working in STEM, particularly joinery, for so many reasons. I started paid work aged 13, as a cleaner and PA, after school and have worked almost continually since then. So far, this job is by far the best I’ve ever had. The people I work with have been lovely and interesting, joinery gives you a skill useful all over the world and many of the people I’ve worked with have travelled a lot and have all sorts of amazing life stories. As we have a tangible skill, I have found we know our worth and employers know our worth a lot more, so we are treated with respect in the workplace, and it is much less hierarchical than other jobs. I am also trusted to manage my own time and workload, which helps with stress levels.  In terms of the actual work, it uses my brain, so I’m never bored, as there is always creativity, problem solving and a lot of maths! I even found myself using SOHCAHTOA trigonometry the other day, when constructing an angled wardrobe. My maths teacher would be proud! As well as the intellectual stimulation, a day full of moving and lifting is much healthier and has definitely helped my overall strength and fitness. Overall, though, I think the best part is the satisfaction at the end of the day of having done something tangible.

What challenges have you faced in your career and how have you overcome them?

I think I’ve been incredibly lucky really, my joinery career, while short, has been overwhelmingly positive. It was hard to get into and I think if I leave Up North Cabinet Makers, where I currently work, I will have a harder time to find another company because of my gender. Many job adverts specify they’re looking for a ‘man with a van’ or ‘a strong young lad’ which I saw when I left the company I had previously worked for. I was helped by other joiners, who I had met while working there, to find my current position, so I didn’t have to face this too directly. Of course, with joinery and other trades, there is the ever-present threat of injury. So far, I’ve only had one injury, stemming from unsafe storage at my previous company, which was thankfully not too serious. I know though, that working with my body for too long will give me many health issues, especially back problems, which is part of the reason I am pursuing a degree alongside my apprenticeship, so that I can move into the less physical side of the job when my body can’t take it anymore. A very real challenge starting an apprenticeship aged 18 was the very small wages, I couldn’t afford to rent anymore, so I moved back in with my parents until August 2021 when I started to earn minimum wage and so could, only just, afford to live independently again. I am very good at budgeting and luckily have an amazing support system through my family, friends and religion so I haven’t suffered too much but it still means I can never turn my heating on or go out to eat. Luckily, once my apprenticeship is finished, I will be paid significantly more!

What advice would you offer to someone joining STEM sectors?

I think the best advise I can give would be to young people, parents and careers advisors. To parents and careers advisors I would strongly encourage you to examine your opinions of trades, they don’t have the status of other careers and that can lead to many parents and schools seeing them as a last resort for those who fail their exams, instead of a viable option for anyone. To young people I would advise them to consider apprenticeships and more physical, creativity careers. We are always told in schools that you just need to get to the next step; GCSEs, A Levels or University, for it to become intellectually stimulating, that everything will magically change when you reach a certain threshold. But for the most part, it doesn’t. Our current education system isn’t designed for either the bottom or top end of learners, both ends become cynical, their mental health suffers hugely and boredom and under stimulation leads to all sorts of other problems. I would advise people to follow their hearts and most of all to be determined. I wasn’t the strongest person or the most experienced, but I have more than made up for that with determination and a real and sustained interest in what I am doing.

What do you think we need to do as an industry to attract and keep more women in STEM?

I think that this hugely ties in with the previous question. It’s harder to get into trade especially when you’re over 18 as the funding to train you dries up. So really the most important things are supportive parents and a change in the status of tradespeople. To attract women to trades I think we need more role models, more open discussion of the realities of all sorts of working life, and a change in the stereotypes of women being weaker and less skilled at physical work. I think that once women get into trades, they don’t tend to stop until they can’t physically do the work anymore, if you can get started it’s a very good career path.

Equality in STEM is a brand of CQ Strategic Marketing Ltd.
Run in collaboration with AT Management Solutions Ltd and Spotlight Studios Ltd.